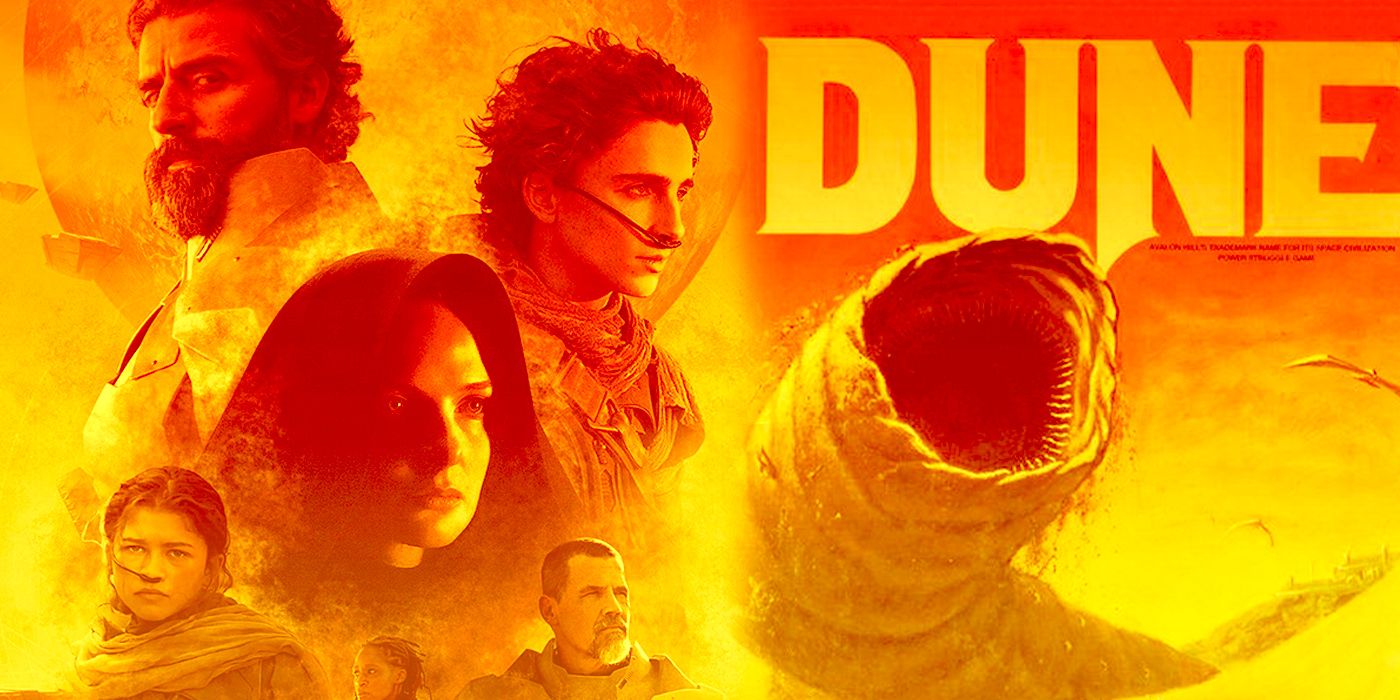 The first volume of Tarun K. Saint’s The South Asian Science Fiction Gollancz Book (reviewed here in June 2019) seemed to serve two purposes: to introduce the variety of South Asian SFFs to the world at large, and – equally important, judging by Saint’s introduction – to familiarize South Asian readers with them. – even with their own SFF traditions (as with other national and regional literatures, South Asian writers have not escaped the continuing struggle to earn literary respectability for genre fiction). While this is generally an excellent anthology, it was somewhat limited in only featuring authors from the “partition states” of India, Pakistan and Bangladesh. The second volume of Saint consists mainly of original stories and poems, still mostly from these countries, but including authors from Sri Lanka, Pakistan, Bangladesh and the Tibetan community in exile. Of the 29 stories and three poems here, three are in translation. As with the first volume, Saint provides a long and thoughtful annotated introduction, in which he proposes two ways of approaching South Asian SF: “like a graft, a splicing of a new element in the already existing body of literature. South Asian, or a different subgenus with new and unusual fruits that don’t taste like their ancestors or quite something else. Together, he argues that these approaches constitute “a new wave of South Asian SFF”. As with all new waves, it means blurring the familiar boundaries between sci-fi, fantasy, horror, postmodern storytelling, absurdism, surrealism, and traditional literary forms.

While it would be reductive to seek generalizations about such a diverse group of voices, there are nonetheless some underlying stories and traditions that we rarely see addressed in Western SFFs. The main story, for example, “And Now His Lordship Laughs” by Hugo and Nebula Award nominee Shiv Ramdas, is in a sense a familiar “magic doll” tale, but it takes place during a famine in Bengal. 1943, deliberately designed by the British and described in the visceral terms of a horror story. Aging doll maker Apa, who has consistently refused orders from a British captain to produce a doll for the governor’s wife, finds a horribly appropriate way to use his magic for revenge. It is the most powerful representation of brutal colonialism in the book. Usman T. Malik also uses a horror vanity in “Resurrection Points” – the narrator’s magical ability to reanimate the dead with a touch – but places it against a backdrop of religious intolerance in Pakistan. Kalsang Yangzom in “The Crossing” and Salik Shah in “Shambala” address the plight of Tibetan exiles, the former ending on a different note of horror, the latter effectively invoking Tibetan folklore.

While only a few of the accounts address specific contemporary issues, the figure of the exile, with the excluded, the exploited and the simply irrelevant, returns with some regularity. Senaa Ahmad’s “The Glow-in-the-Dark Girls” extrapolates from the actual history of young girls exposed to radiation by painting watch faces to imagine girls actually transformed into biological weapons. A former imprisoned journalist, rather suggestively named Severian, is the protagonist of Yudhanjaya Wijeratne’s dark fable “The Confessor”. Arjun Raj Gaind’s Kafkaesque ‘The Ministry of Relevancy’ finds a writer desperately trying to defend his worth in a post-literate society, a theme picked up by Navin Weeraratne’s ‘The Diamond Library’, set in a dark underground future in which literacy and libraries are anything but extinct. In Gautam Bhatia’s “The List”, planet Xolon determines who is allowed to stay in her society based on an algorithm-derived list of acceptors. Echoes of Kafka appear again in Vajra Chandrasekera’s anti-war parable “The Maker of Memorials” and “The Pain Merchant” by Manjula Padmanabhan, whose main figure collects and sells the experience of pain in a world where she has practically been eliminated.

Bhatia’s story, with its space opera overtones, is far from the only story to use familiar sci-fi themes. The environmental apocalypse serves as the backdrop to Soham Guha’s “The Song of Ice”, which takes place in a prolonged winter after the massive explosion of the Yellowstone Dome, while “The Arrival of the New World” by Premee Mohamed begins as a mystery involving missing tourists and turns into an effective horror tale, nature takes revenge. An ancient technological artifact sets off a complex chain of events that ultimately questions the nature of physics in Anil Menon’s “Paley’s Watch,” possibly the most intriguing example of literary sci-fi here (his idea of ​​physics in as the narrative is particularly provocative), and the former astronauts even make an appearance in Giti Chandra’s “A Species of Least Concern,” a biting and funny feminist critique of speciesism set in a world that can be described as post-nature. There’s also a healthy dose of humor in Shovon Chowdhury’s light-hearted but entertaining “Malini”, whose protagonist falls hopelessly in love with his phone’s automated voice, and Sukanya Datta’s invocation of high-profile tales of “The Midas Touch ”, which presents among other things germs. that golden poo. “Almost Human,” by Kehkashan Khalid, tells of Asimov in the story of an obsolete robot taken out of storage to aid in a murder investigation.

Unsurprisingly, Vandana Singh delivers one of the most graciously written tales with Le Guin’s distinctly flavored ‘A Different Sea’, which explores the challenges of alien friendship with a rediscovery of lost voices from the past. Perhaps the most ambitious foray into hard-SF space opera is Haris A. Durrani’s “Chompollion’s Foot”, which nominally deals with the exploration of a long-dead civilization on a sunless planet, but considers the implications of humanity’s failure to uncover, after 24 millennia of research, any evidence of surviving intelligences elsewhere in the universe. Like several other stories here, it combines a rigorous reflection on how the past can be almost inadvertently erased (the title refers to a famous statue in Paris in which the translator of the Rosetta Stone and alleged founder of Egyptology , is represented with his foot on the head of a pharaoh) with elements of popular beliefs; it is perhaps one of the few stories in the world, which combines Dominican and Pakistani legends, reflecting Durrani’s dual heritage. The story is almost biting a little more than it has room to chew on, but it offers a completely original perspective on a classic sci-fi problem. And perspective, ultimately, is a big part of what Saint’s second anthology has to offer: a selection of stories that make no effort to tick a predetermined set of boxes, but showcase an impressive variety of individual voices that most often remind us that there are more angles of vision than our own.

Gary K. Wolfe is Emeritus Professor of Humanities at Roosevelt University and reviewer for Locus magazine since 1991. His reviews have been collected in Surveys (BSFA 2006 Prize; Hugo nominee), Bearings (nominated by Hugo 2011), and Observations (2011) and his Evaporation of genres: essays on fantastic literature (Wesleyan) received the Locus Award in 2012. Previous books include The known and the unknown: the iconography of science fiction (Eaton Prize, 1981), Harlan Ellison: On the Edge of Eternity (with Ellen Weil, 2002), and David Lindsay (1982). For the Library of America, he edited American Science Fiction: Nine Classic 1950s Novels in 2012, with a similar set for the coming 1960s. He received the Pilgrim Award from the Science Fiction Research Association, the Distinguished Scholarship Award from the International Association for the Fantastic in the Arts and a Special World Fantasy Award for Criticism. His series of 24 lectures How great science fiction works appeared in The Great Courses in 2016. He received six Hugo nominations, two for his reviews and four for The Coode Street Podcast, which he co-hosted with Jonathan Strahan for over 300 episodes. He lives in Chicago.

This review and more in the December 2021 issue of Place.

While you are here please take a moment to support Place with a one-time or recurring donation. We rely on donations from readers to keep the magazine and site running, and would like to keep the site’s paywall free, but WE NEED YOUR FINANCIAL SUPPORT pursue quality coverage of science fiction and fantasy.

© Locus Magazine. Copyrighted material may not be republished without permission from LSFF.

Living a life straight out of science fiction