Food Science Facts and Myths: Is MSG Bad for You? 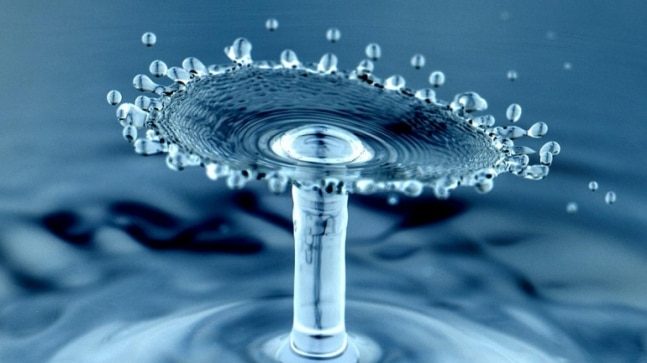 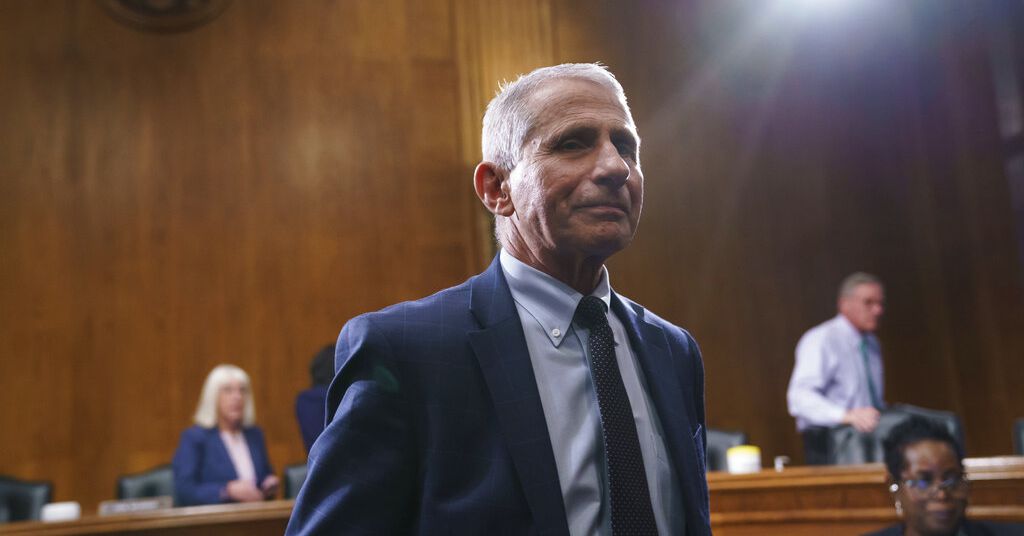 Long before wheat and sugar, a popular salt craze swept across America. Salt in this case was the popular monosodium glutamate (MSG) flavor enhancer, common in Chinese food, soups, and meats. Glutamic acid is also naturally present in our body.

It was used as an additive from 1908, it gives foods its savory umami flavor, but once it caught the public’s attention, anecdotes started pouring in about many non-specific symptoms that must be caused by it, despite the fact that hundreds of millions of Chinese have not reported headaches.

In the 1990s, the Federation of American Societies for Experimental Biology (FASEB) was commissioned by the US government to determine its safety. The only way FASEB could create symptoms is to give some sensitive people 3 or more grams of MSG without food – 6 times the levels of MSG in palatable foods. The United States Food and Drug Administration (FDA) found no scientific evidence that MSG was harmful, but due to public concern, they demanded that it be listed on the label.

Was the fear real?

A general rule of thumb is that if Joe Mercola approves it, it’s probably not based on evidence. If Dr Oz has it on his show, it’s not evidence-based and it’s also popular with New York Times readers. But the fear of MSG was before these two were popular, so media attention was going to be enough. And it lingers. Like DDT, fear of MSG persists despite a lack of evidence; the US EPA shows countries with malaria how to spray DDT inside their homes, but it’s banned in America because the myths are hard to dispel.

Some people are sensitive, just like some people are allergic to soy milk, and the American Chemical Society is helping separate fact from fiction in a new video:

And then if you like infographics, Compound interest breaks it down for you: 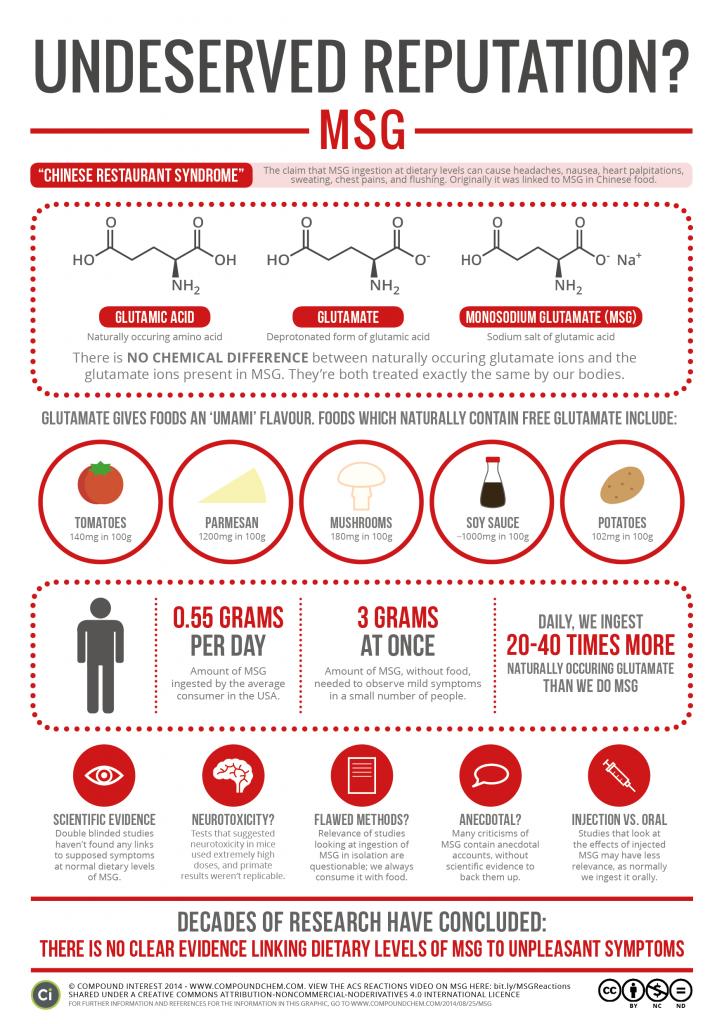 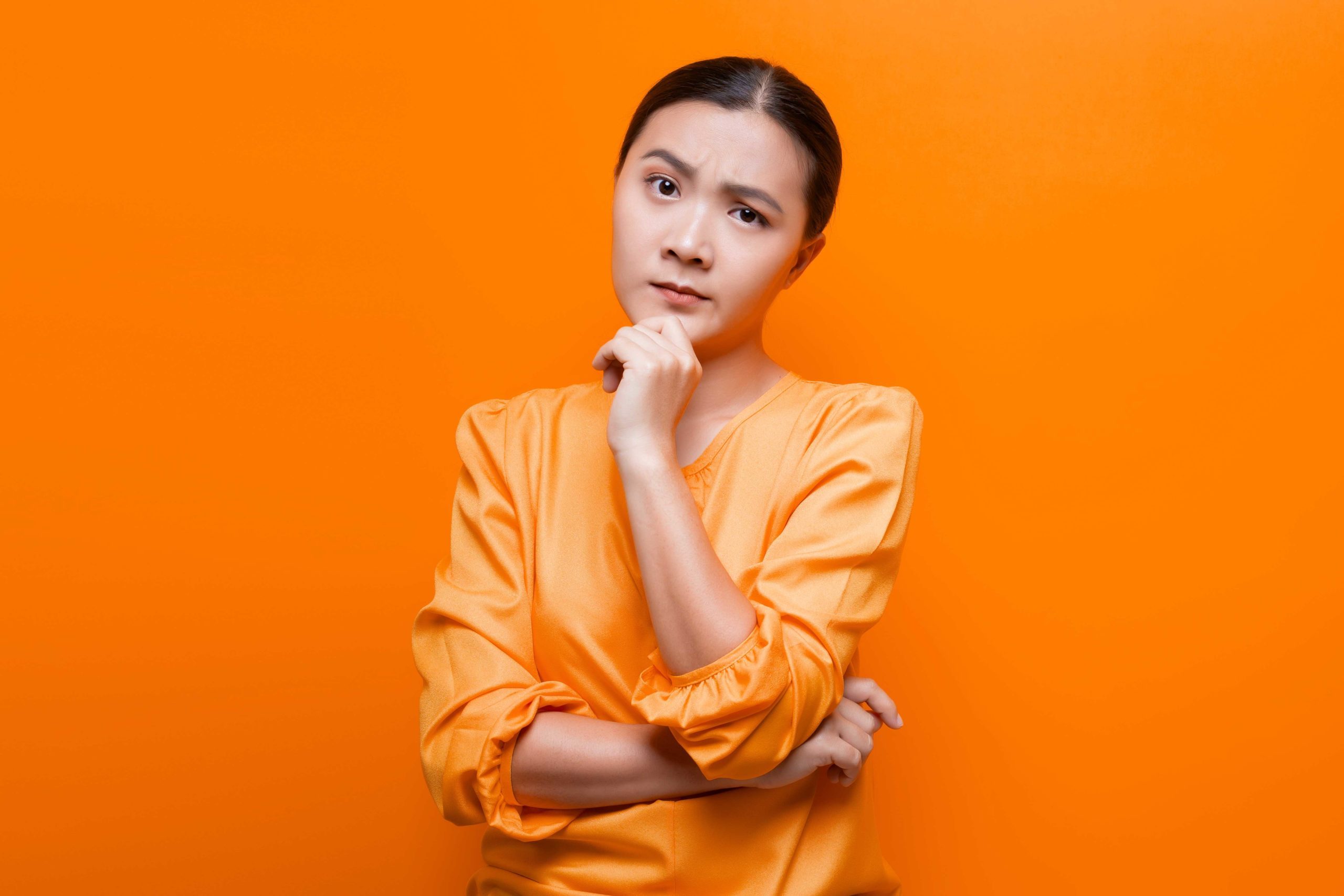